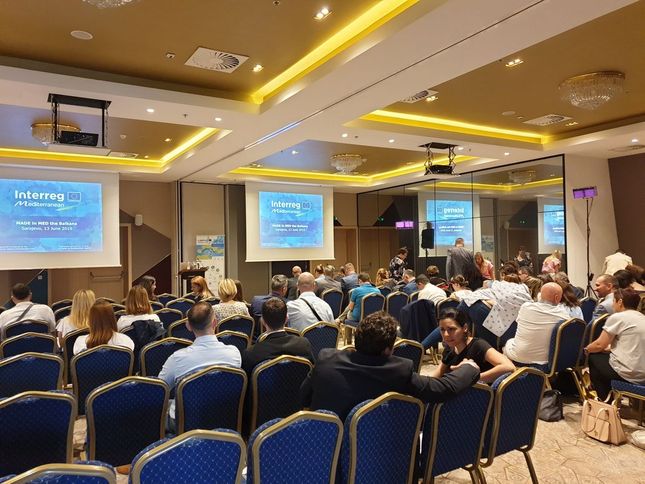 The SYNGGI horizontal project participated at this event through its representative from the Regional Council of Durres. Furthermore, as many projects are reaching their conclusion, this event focused on showcasing the solutions, tests, studies, policy-making measures, field work and INTERREG MED cooperation added value behind these figures, assessing the real impact of Interreg MED projects throughout IPA regions. Furthermore, the event was structured around two main important moments: testimonials of partners involved in MED projects with a special mention for best solutions put in place and an exchange of views on real impact of projects in IPA territories.

As mentioned above, the event was organized around two main sessions. In the first sessions, several projects such as COMPOSE, RE-LIVE WASTE, TEESCHOOLS, LOCAL4GREEN, MD.net, LOCATIONS, Odeon, Enernetmob, Inherit presented on Interreg MED project results in IPA countries through case studies and best practices put in place. Furthermore, the second session consisted of two roundtables focusing on “The EU Territorial Cooperation and IPA dimension”, where participants, with an adequate involvement of the audience, discussed and exchanged views on the future of European territorial cooperation in IPA countries on the first roundtable, while the topic of duscission on the second roundtable was “How to transfer results in IPA countries”.

All news
Back to top